Fredrik Jensen scored again in the Nations League on Wednesday as he fired in Finland’s winning goal against Ireland, while Michael Gregoritsch and Austria also came away with three points from their match against Romania. Carlos Gruezo’s Ecuador also won on Tuesday, getting their first victory of the World Cup qualifiers against Uruguay.

Fredrik Jensen is on fire! Finland’s last four games have seen the 23-year-old score three goals. Jensen started the 1-0 victory against Ireland and netted the only goal of the match just after the hour mark in the 66th minute before being substituted in the closing minutes. Finland currently sit in second place in League B, Group 4 with 9 points, trailing group leaders Wales by 1 point.

Michael Gregoritsch also had reason to celebrate on Wednesday evening as Austria came away 1-0 winners in Romania. The FCA attacker was denied by the crossbar in the first half, before Alessandro Schöpf scored the winning goal in the 75th minute. Gregoritsch started the clash and was taken off in the closing minutes of the game. The victory sees Austria sitting top of League B, Group 1, level on points and goal difference with Norway.

Meanwhile, Tomáš Koubek was an unused substitute in the Czech Republic’s 1-0 defeat to Scotland. Ryan Fraser struck early in Glasgow to give the hosts a 6th minute lead. Despite the result, the Czech Republic remain second in League B, Group 2. 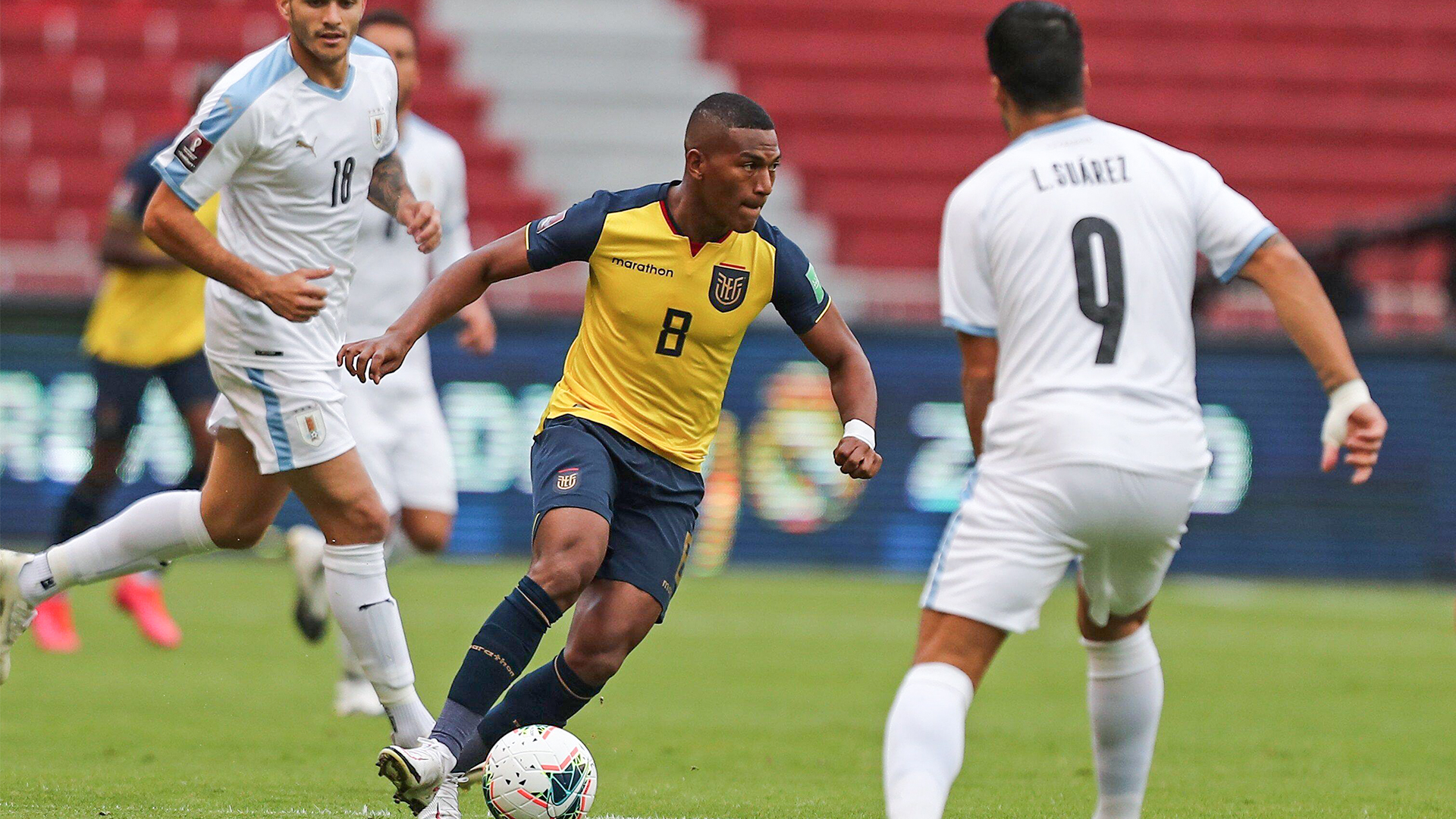 Tuesday saw Carlos Gruezo and Ecuador pick up their first 3 points in their second match of World Cup qualification as they beat Uruguay 4-2. Moises Caicedo (15’), Michael Estrada (45+4’, 52’) and Gonzalo Plata (75’) scored for the hosts as they saw off Luis Suarez’s Uruguay, who scored two late consolation goals (84’,90+5’). Gruezo played the full 90 minutes of the win, which means that Ecuador now sit 5th in their group.

Ruben Vargas watched the dramatic 3-3 draw between Germany and Switzerland from the bench as an unused substitute. Goals from Mario Gavranovic (5’, 57’) and Remo Freuler (26’) put the Swiss team in the lead twice, but Timo Werner (28’), Kai Havertz (55’) and Serge Gnabry (60’) goals meant that the points were shared in Köln. Switzerland remain bottom of League A, Group 4 with 2 points.